Electrical compliance, reinforcement of the brocatelles (patterned fabric wall coverings) and restoration of the collections.

An extensive restoration project has been in operation at the château de Montal, in Lot, since January 2015.
The work undertaken by the Centre des monuments nationaux entails bringing the electrics and the security system at the château into compliance and reinforcing the brocatelles adorning the walls on the first floor. In parallel, the structural work provided an opportunity to restore a large number of objects and items of furniture. 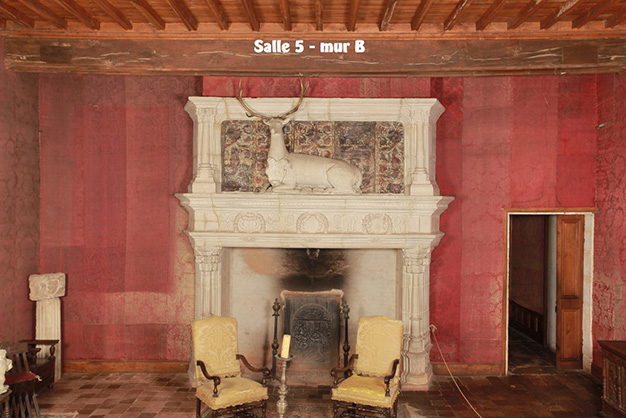 The Salle d'Honneur at the château, before the restoration - Photo: © CMN - photo Domi

The monument, closed for the duration of the works, is scheduled to be reopened in July 2016. The operation will give the main rooms a new lease of life, as Maurice Fenaille, the château's previous owner and art collector, had originally intended for them in the early 20th century.

The château's electrics were so out-dated that they needed replacing, a major job that could not be done without treating the brocatelles, since the cables ran behind and, in places, over the fabric wall decoration. Taking the brocatelles down was not an option because they were extremely fragile. The CMN therefore extended the work to include the reinforcement of the brocatelles decorating the walls of six rooms on the first floor of the château and the restoration of its collections to complete the project. 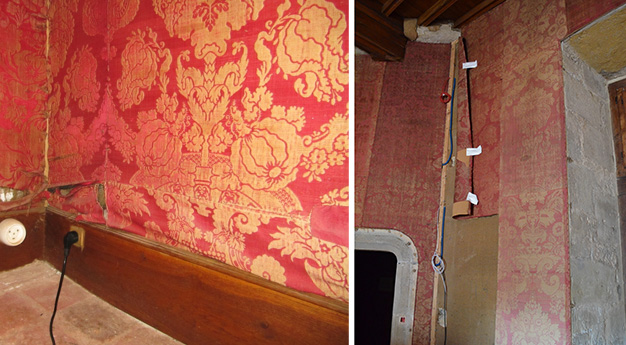 Example of the condition of the brocatelles before the work - Photo: © photo Domi
Brocatelles partially removed to run the electric cables behind - Photo: © CMN Ronan Le Roscoët

The complete overhaul of the building's installations included the electrical power distribution and light switches and fittings, plus the installation of chandeliers and a new security system to protect the château from risk of fire. 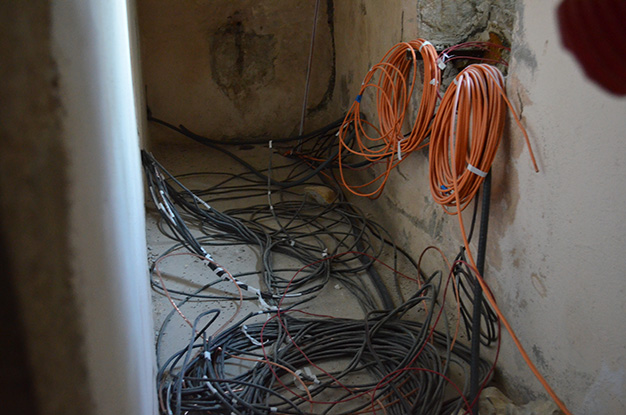 The work, carried out by Jean-Louis Rebière, Chief Architect of Historic Monuments, at a cost of €1.7M, is slated for completion in March 2016. This will be completed with the fitting of a gift shop, including an elevator allowing accessibility to the physically impaired, as well as a welcome desk that will feature two mouldings from the château's collections and original skylights.

The work on the brocatelles consists of dusting them, repairing tears, cleaning stains and strengthening the fabric by adding a support lining across all or part of each section and potentially covering the decoration with a protective veil. The restoration has brought more precision and clarity to the patterns, severally deteriorated in places by the ravages of time and sunlight. 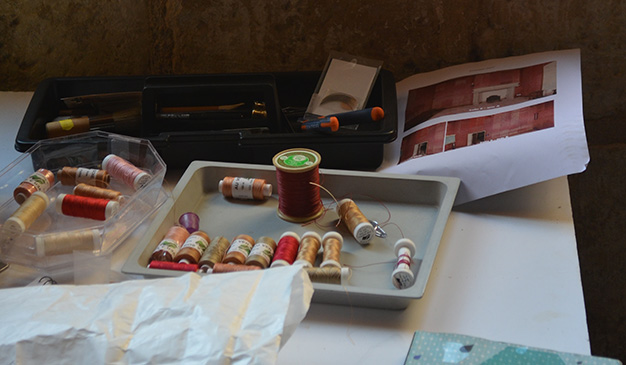 The restoration team set up a temporary workshop on site to carry out the necessary repairs on some sections of the fabric - Photo: ©CMN Ronan Le Roscoët 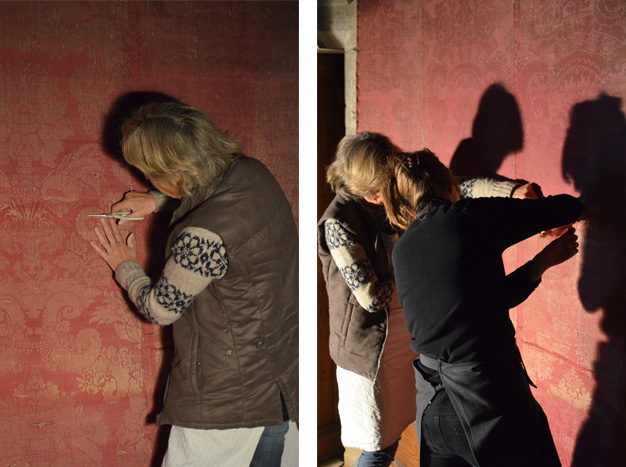 Restoration of the collections

During the work, the collections housed at the château were moved, the perfect opportunity to clean, strengthen and restore them. 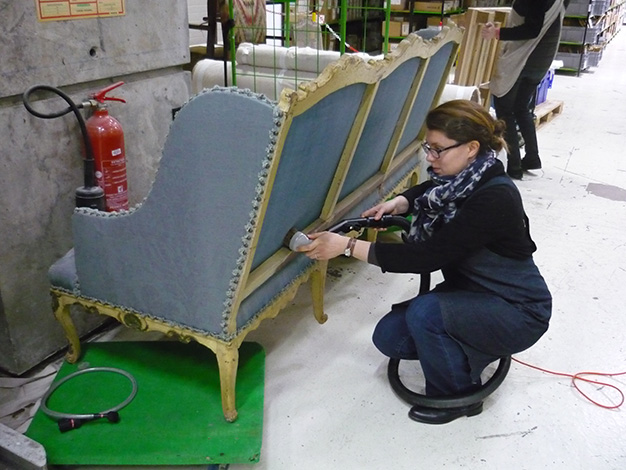 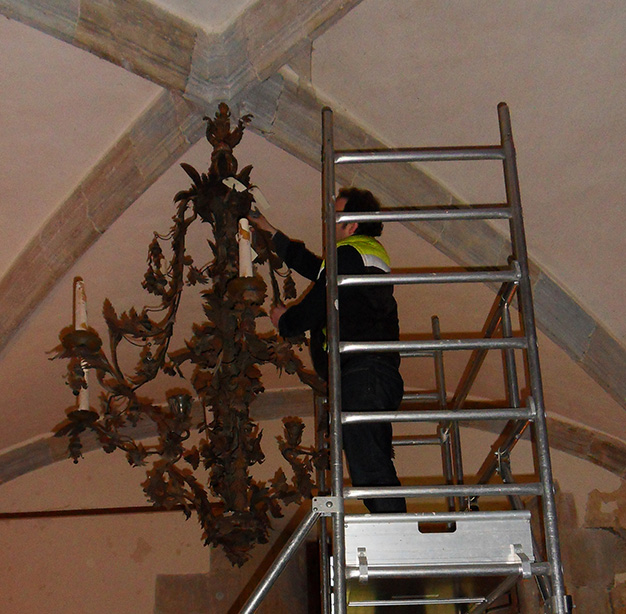 A part of the large chandelier being packaged - ©CMN Pascale Thibault

Ceramic plate before and after restoration - © Marie Petit 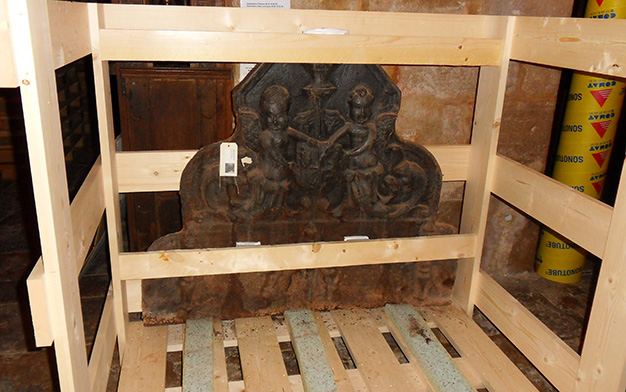